Steve and Marcia begin their final months "on the Rock"; pictures from Typhoon Glenda

We are just approaching the beginning of our seventh – and final – year of staying “on the Rock.”  We are hoping to stay through next May 6, which will be the 73rd anniversary of the Fall of Corregidor.  Our long-term plan is to move back to Minnesota.  The reasons are many, and we have discussed them with our family and some of our closest friends.  Until then, we have a schedule with Valor Tours for groups in October, January, February, and April, and look forward to many visitors here on the island.

A strong typhoon named Glenda hit Corregidor while we were in the United States.  From what our friends here tell us, the winds were from the north, then calm, then strong from the south.  This would indicate a direct hit, with the eye passing directly over the island.  Metro Manila, northwest of here, sustained high winds and some areas suffered loss of electrical power for weeks.  Here on Corregidor it was cleaning up fallen trees and branches.  We are told that regular Sun Cruises tourist traffic resumed in a week.
We have included several pictures of the typhoon and its aftermath, taken by our helper, Gilbert Secosana, who is also a professional photographer. 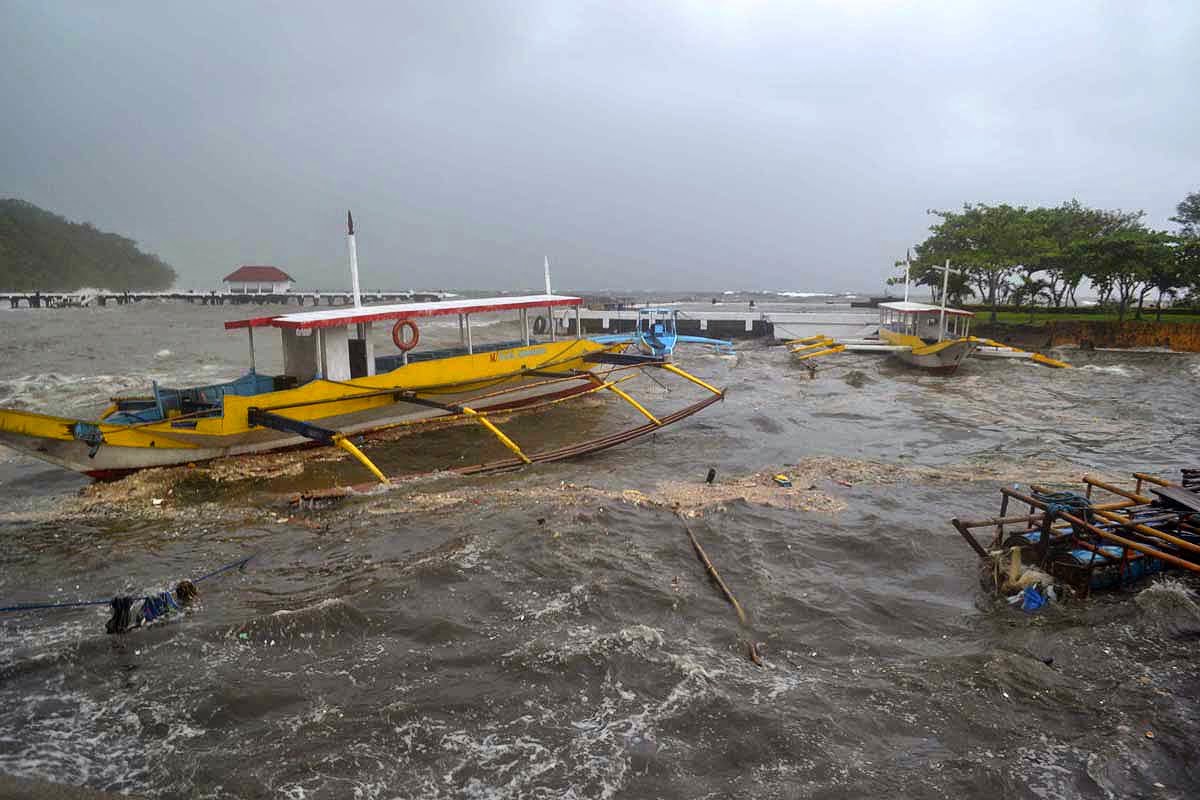 One of the large bancas being thrown about by the heavy winds; fortunately it survived 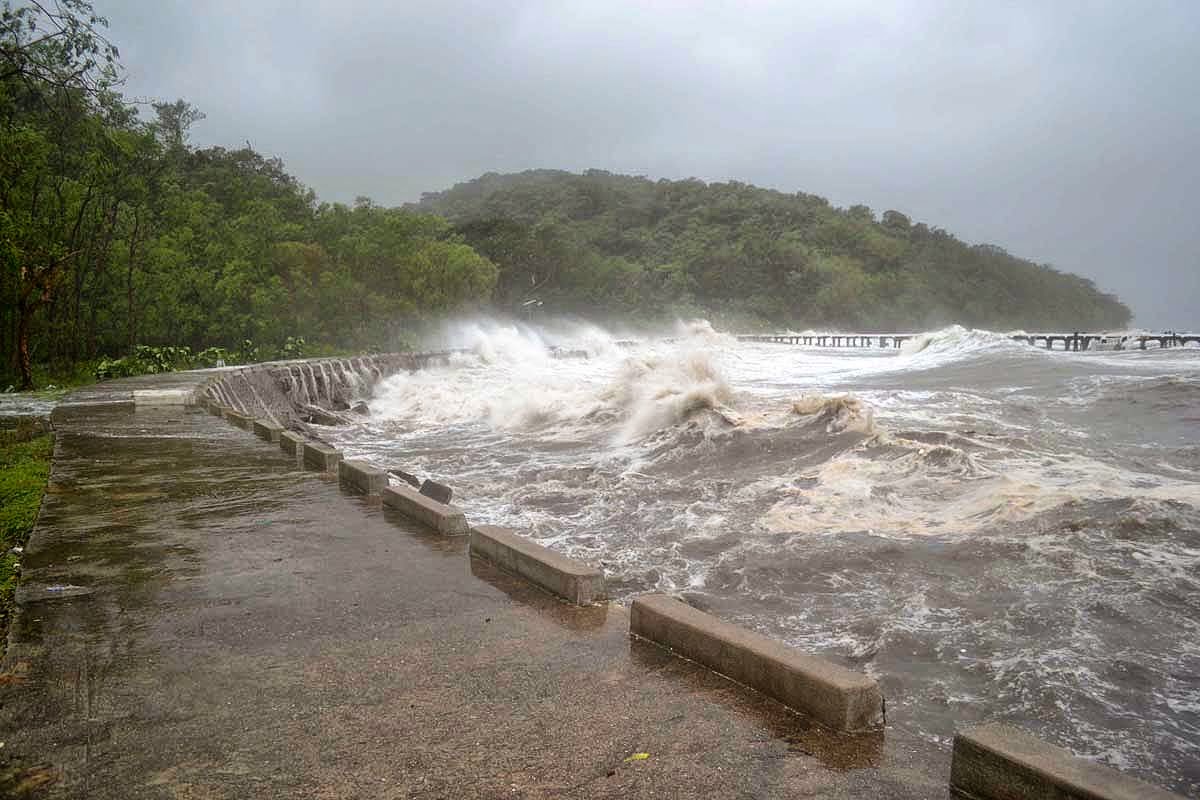 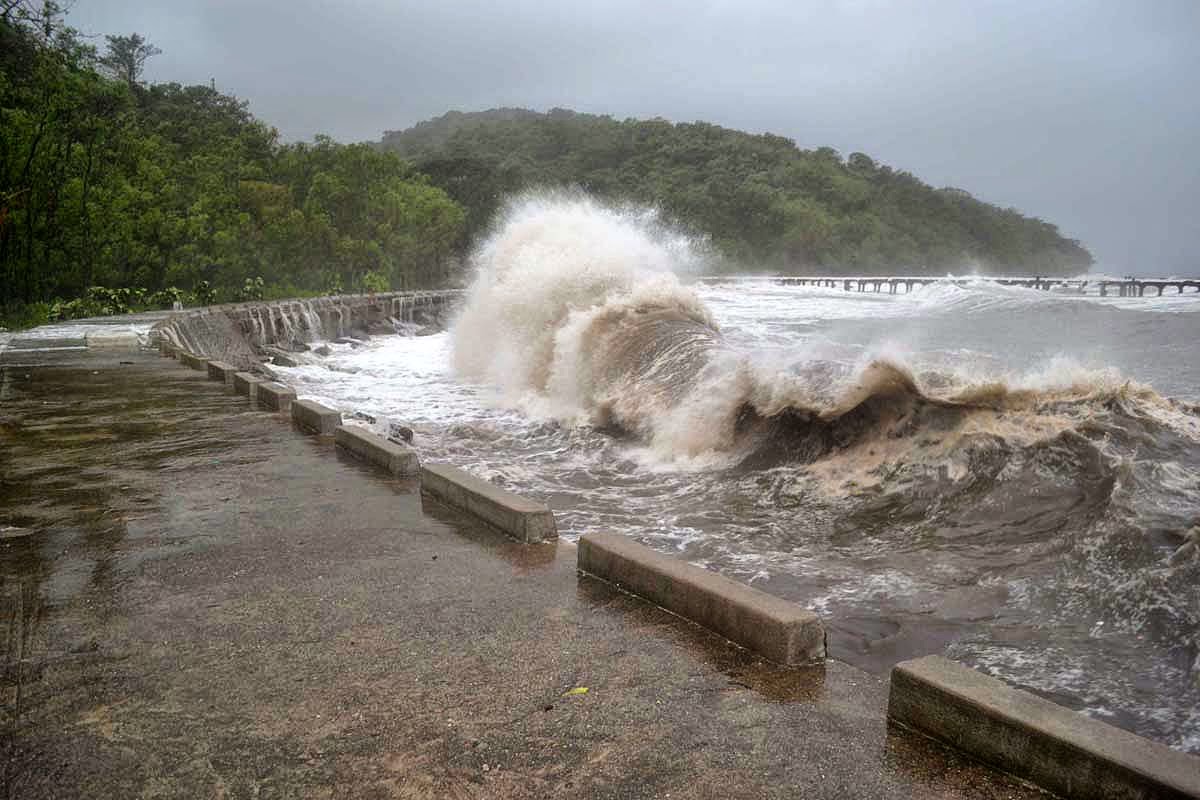 A particularly impressive photo, just moments after the previous shot 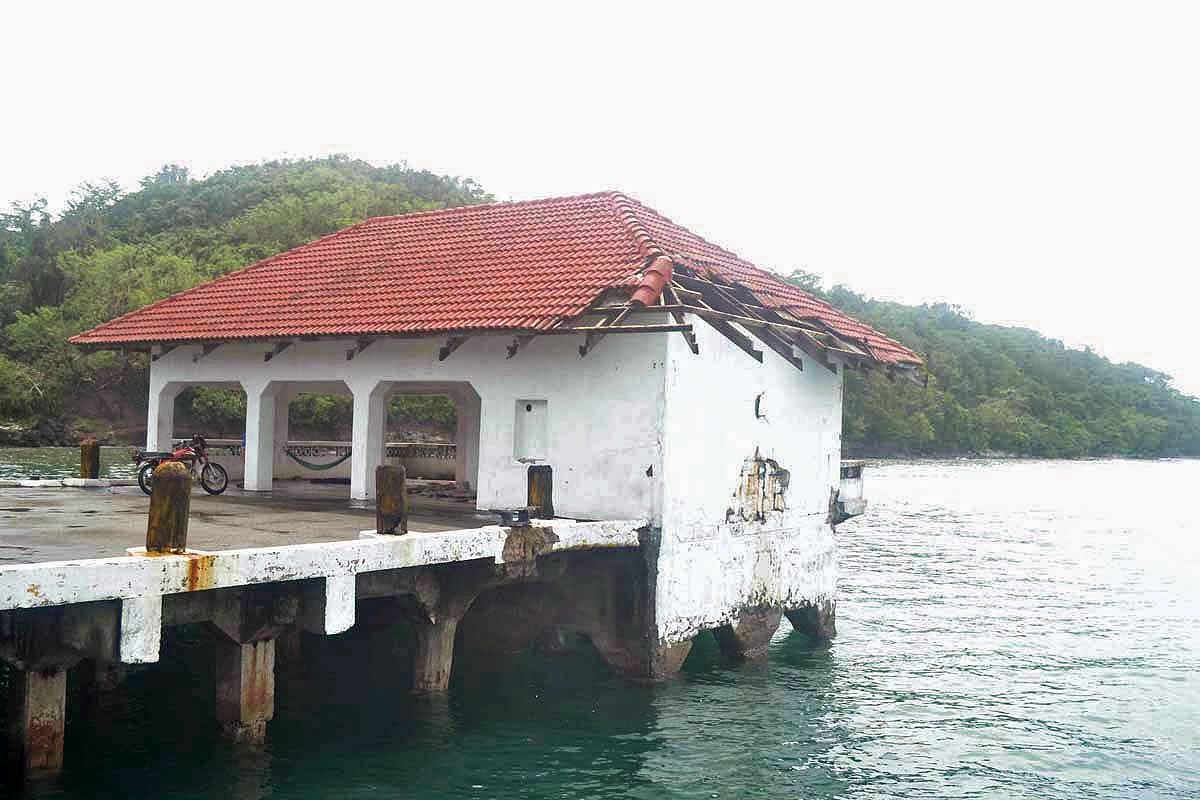 Damage to the building on the end of the Engineering Dock 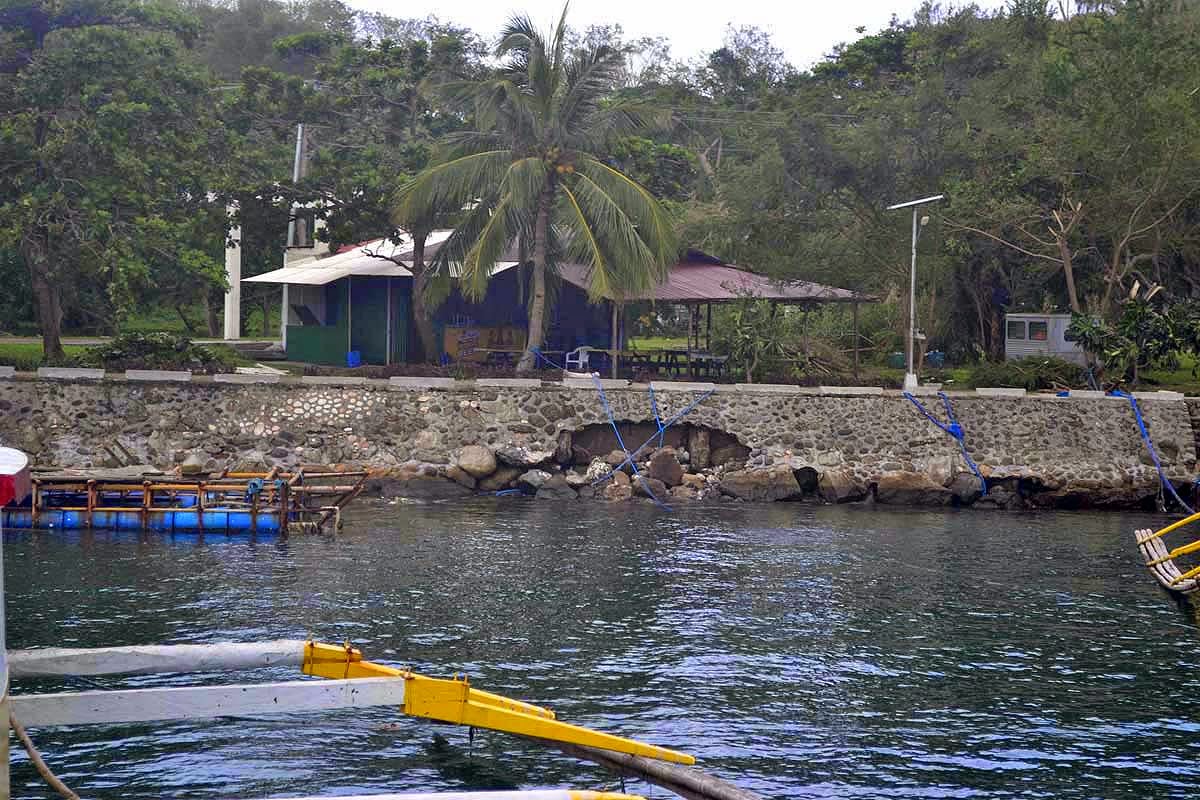 Damage to the north side sea wall (center); Baywalk store in background 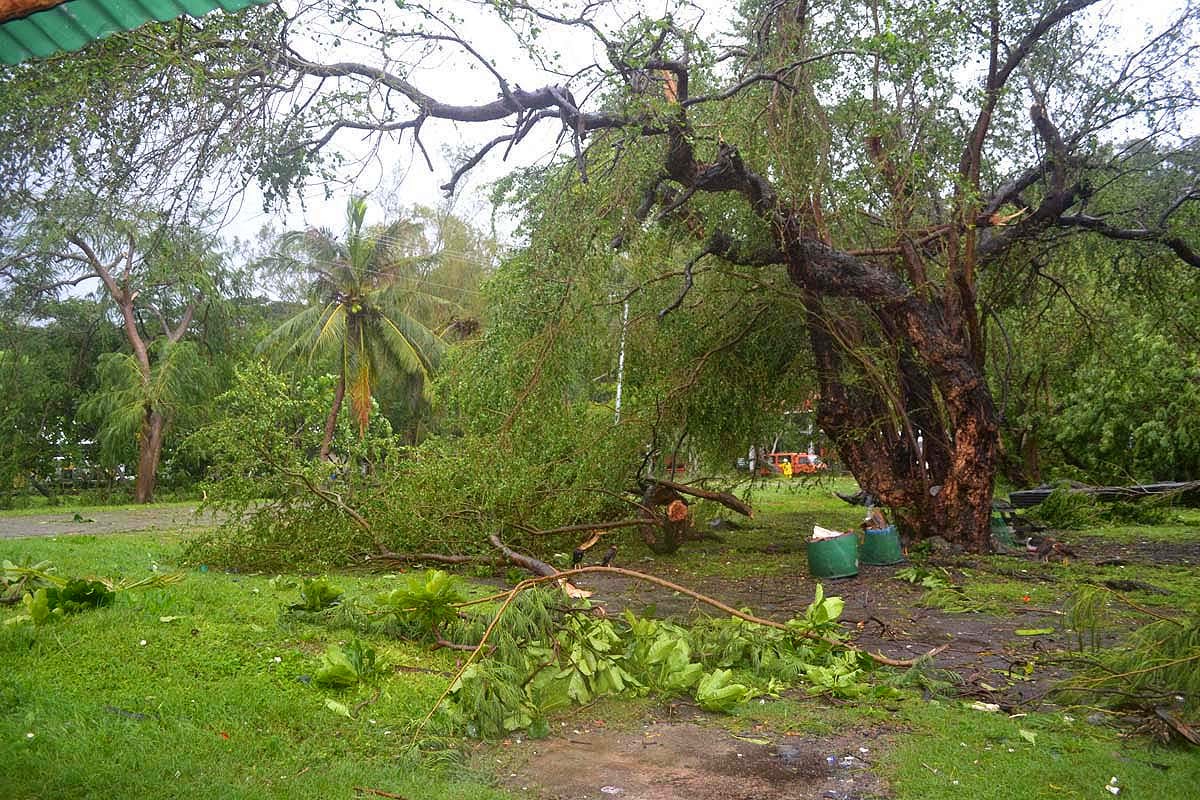 Tree branches strewn about on Bottomside 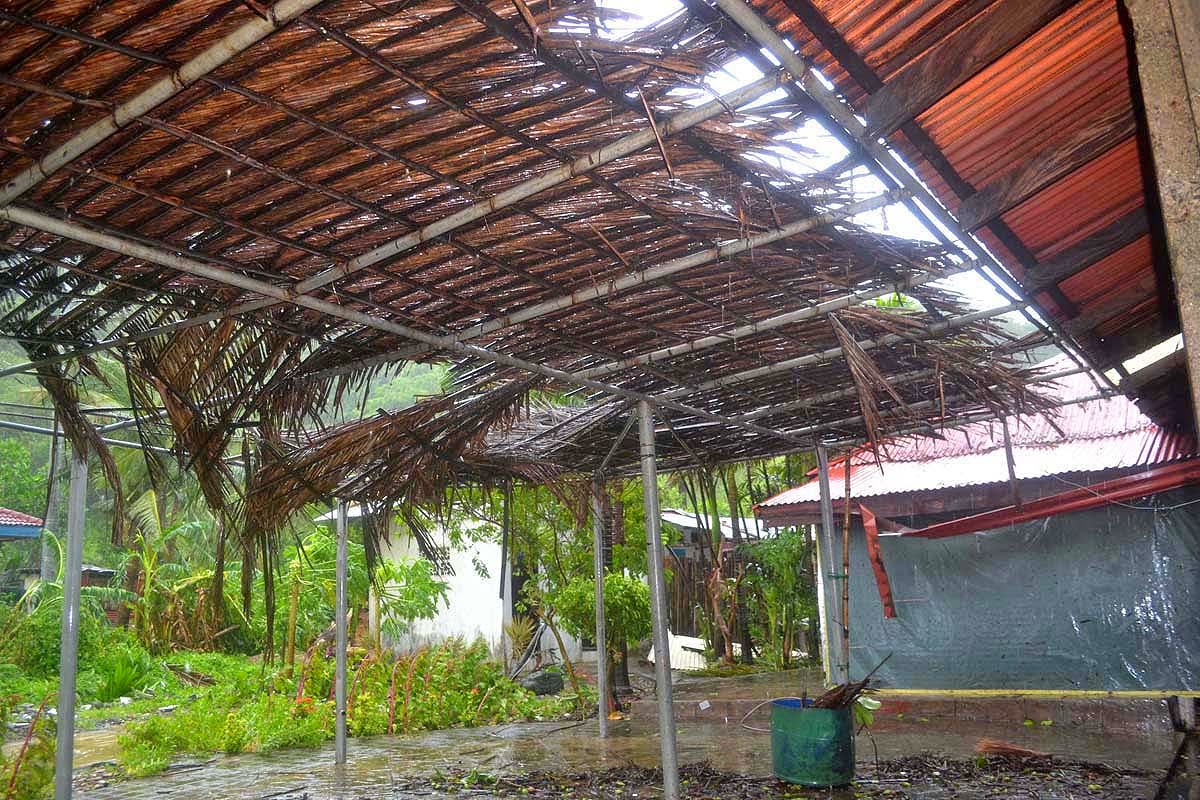 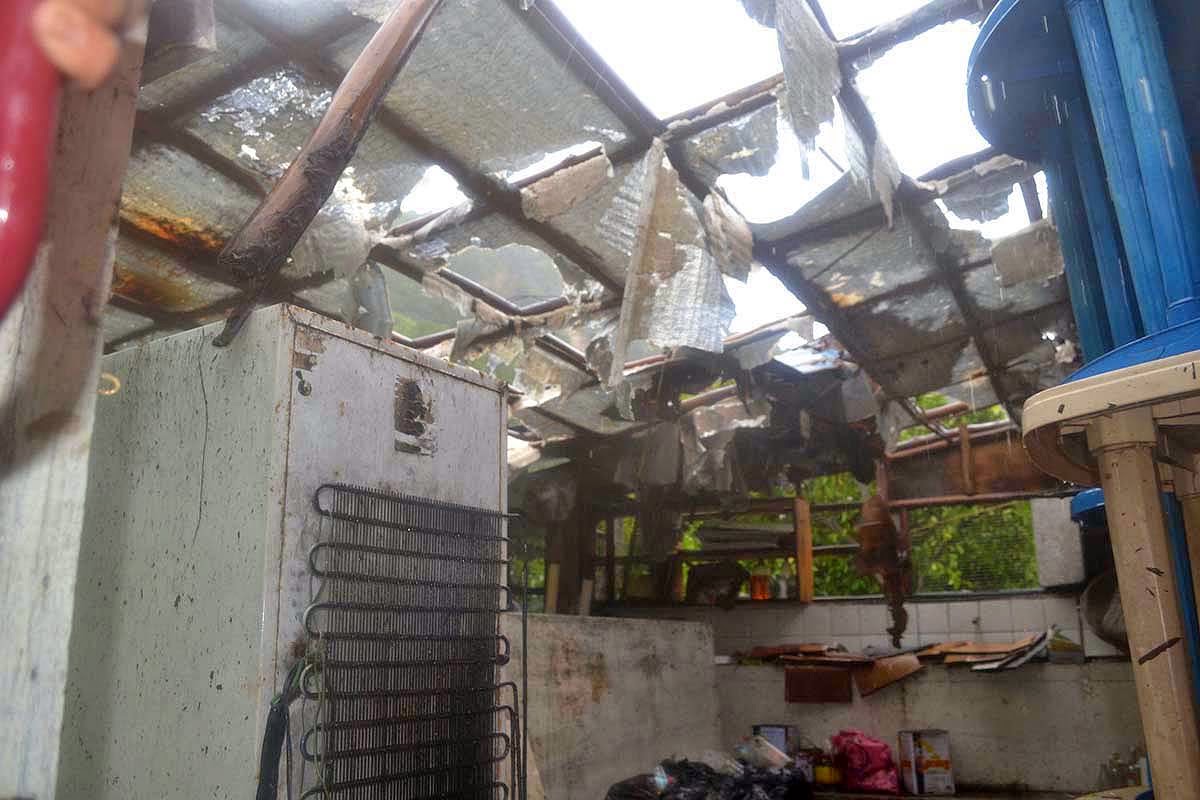 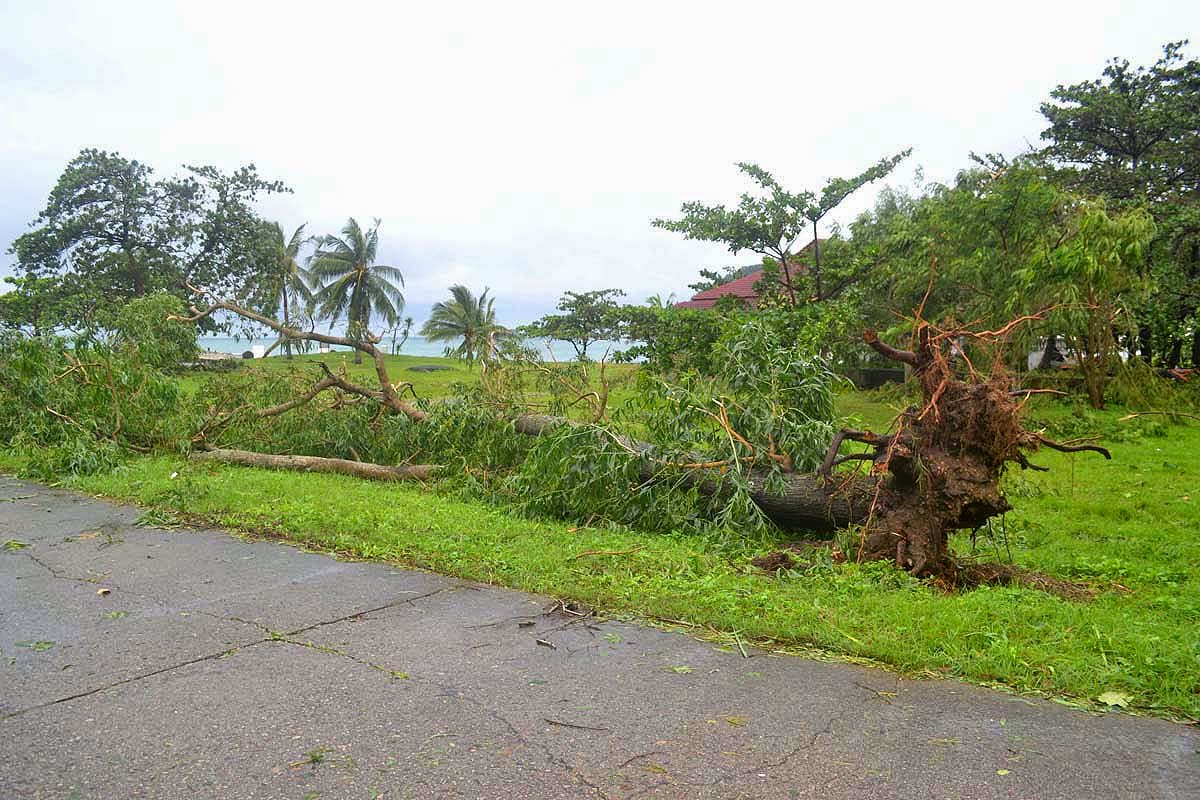 One of many uprooted trees, this one on the South Beach; "kiosk" in background 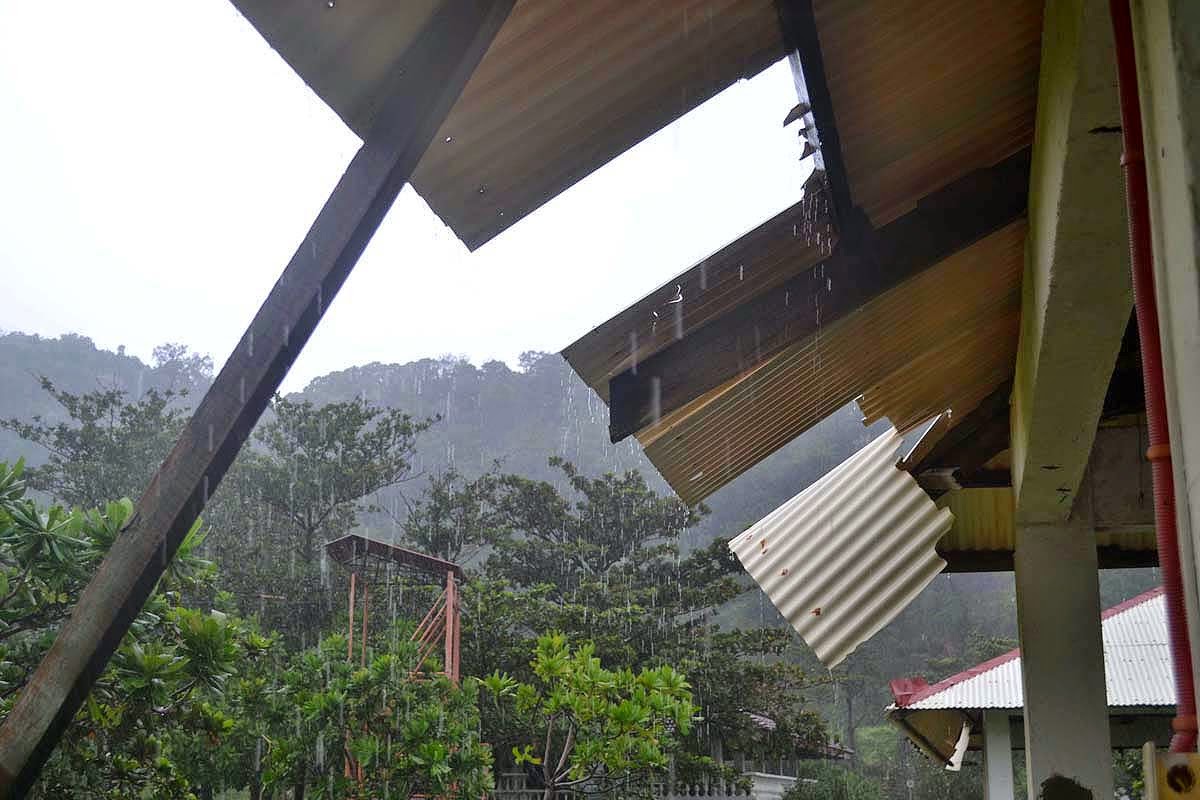 Damage to the roof of one of the picnic area shelters; zip-line tower in background 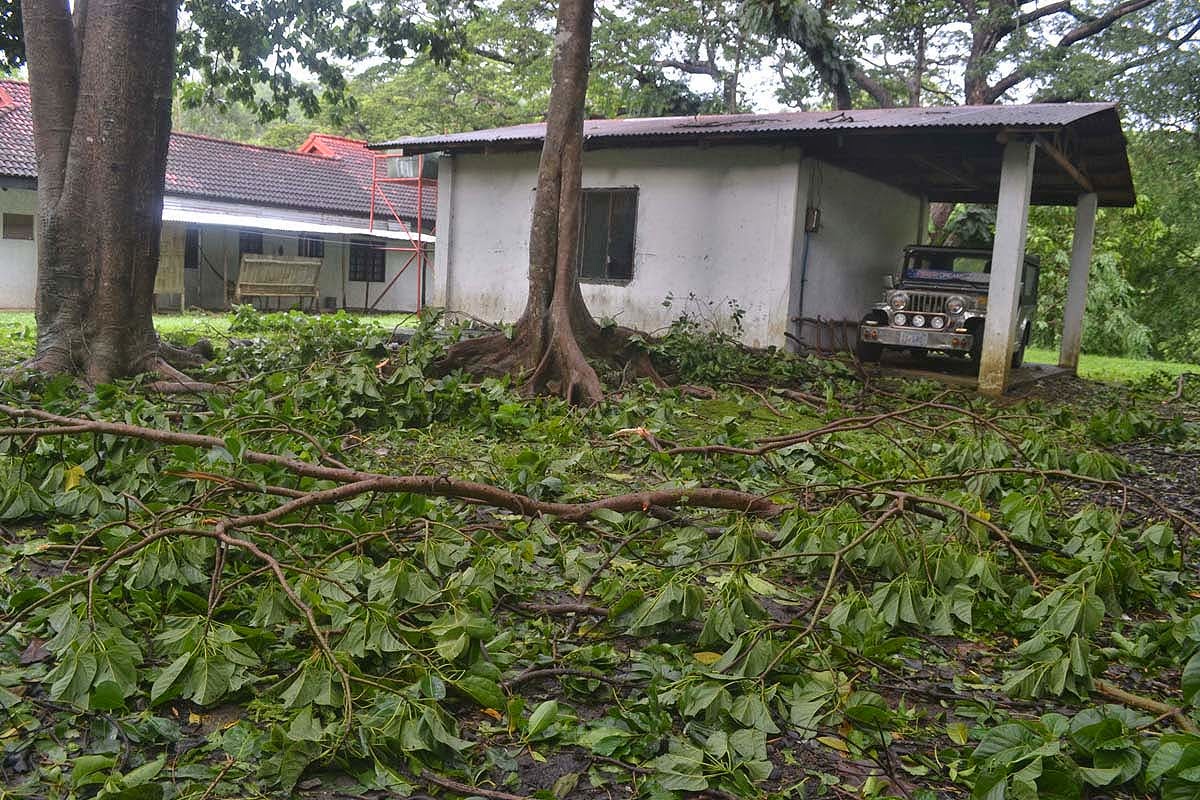 Although there was no damage to our house, bodega, or jeep, there were many branches down 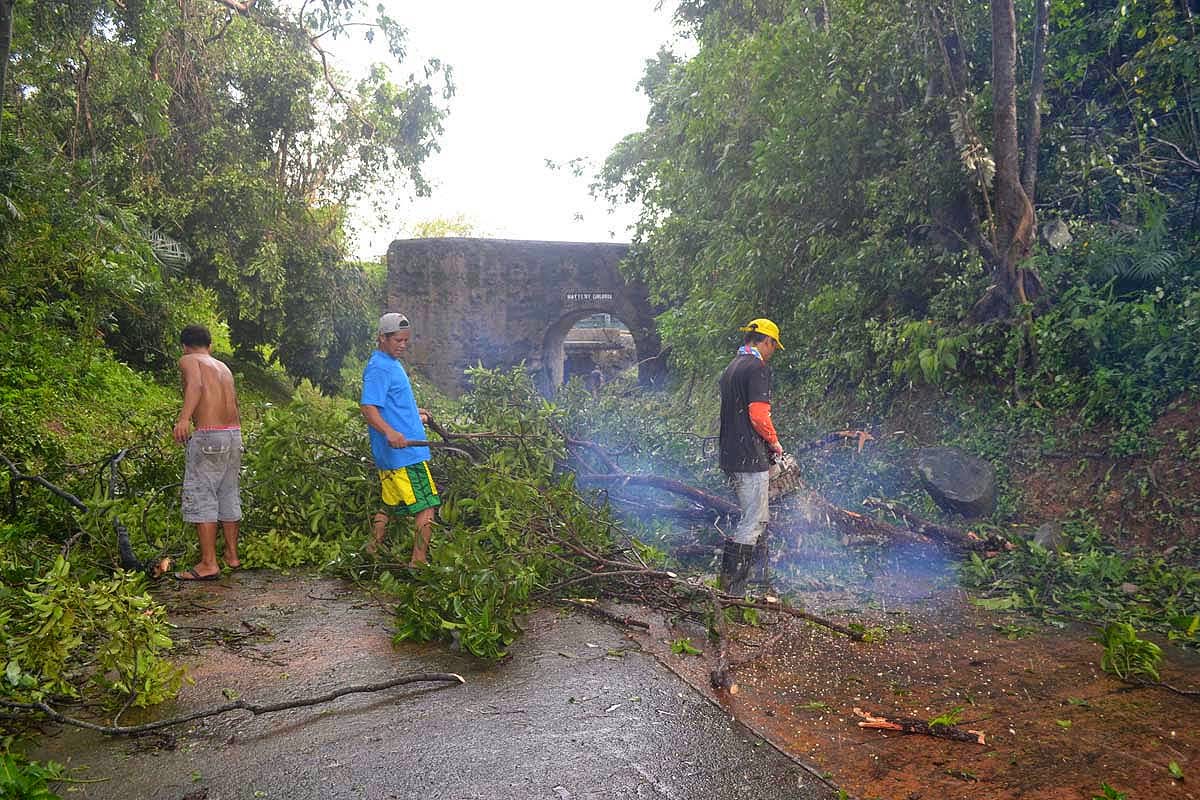 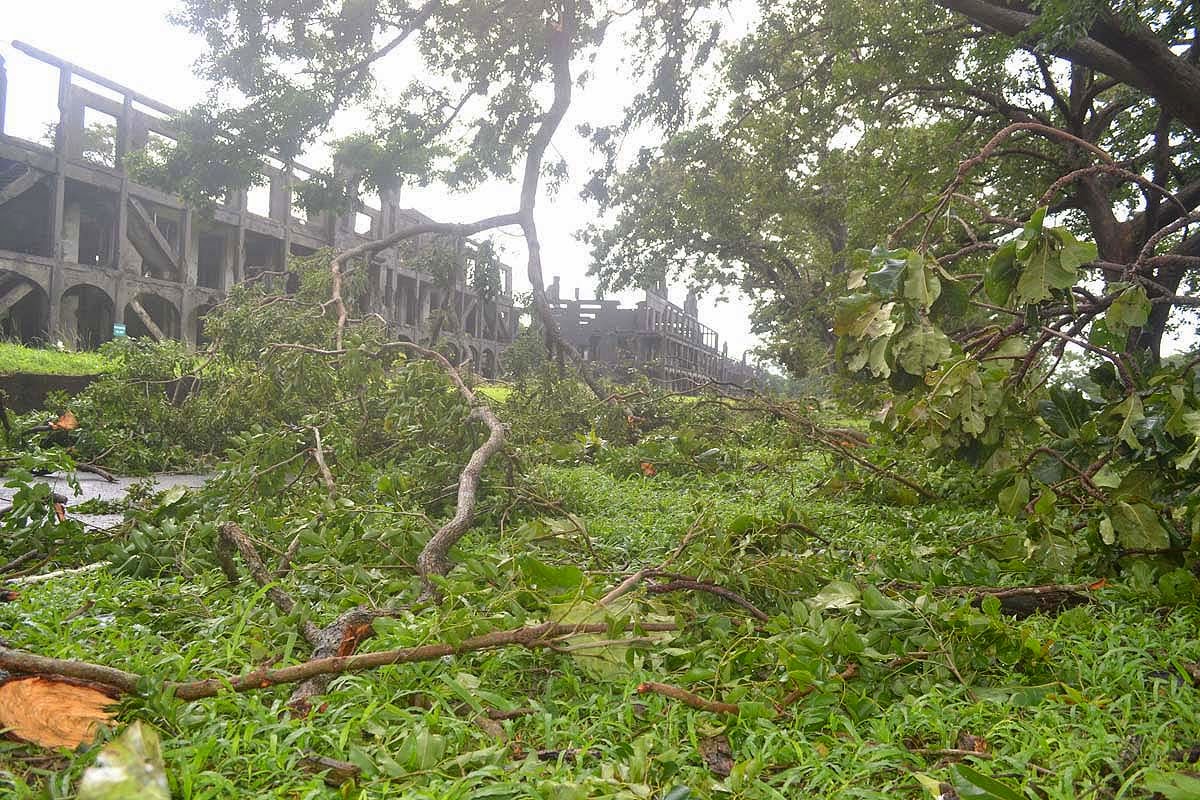 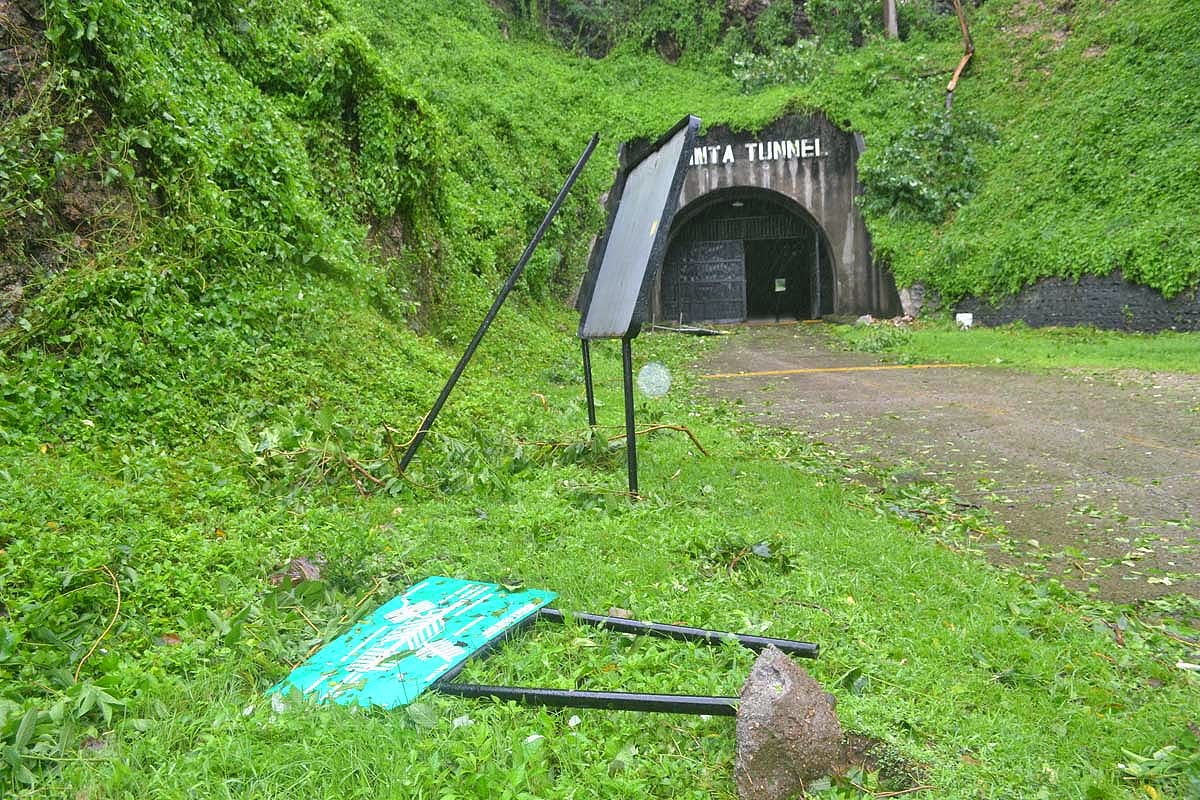 Signs damaged at the west entrance to Malinta Tunnel 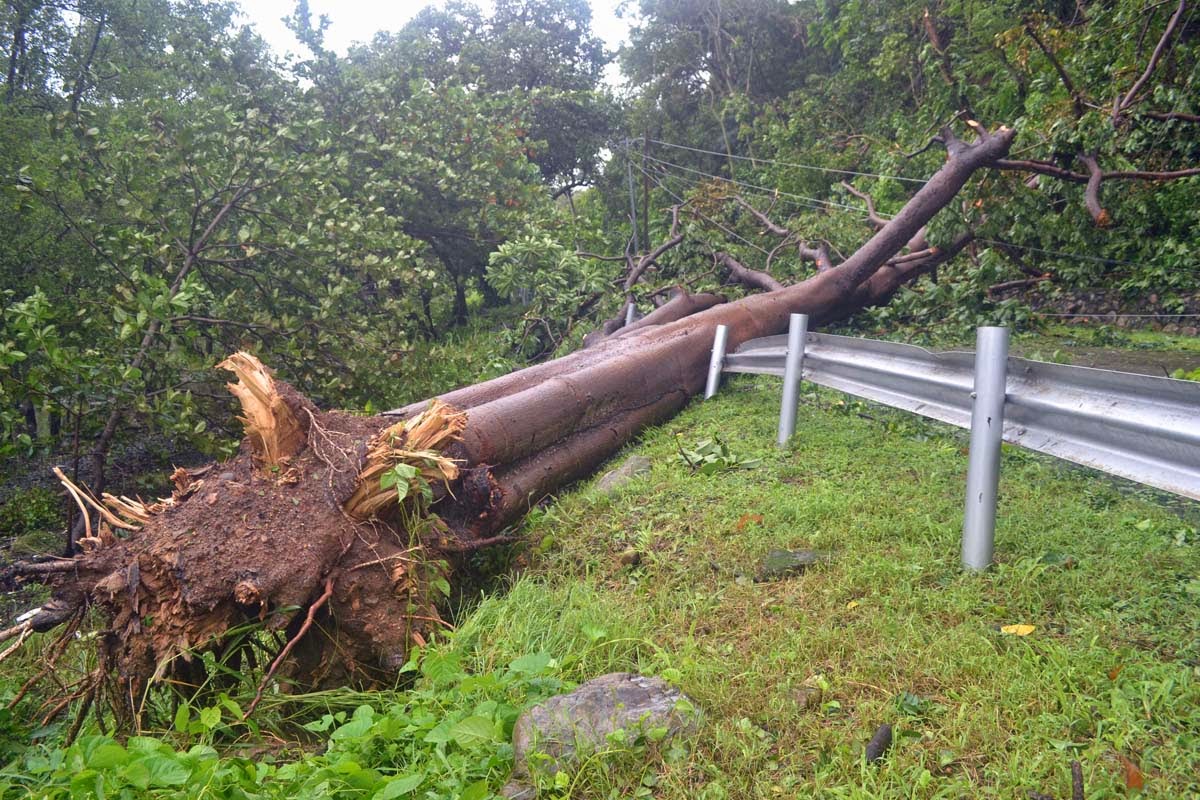 A tree down and blocking the road on Tailside


Although it is still “rainy season,” we were able to take a walk along the north access road to assess the damage to one of the trails which we so enjoy.  We saw about what we expected: lots of fallen branches and vines, and some downed trees.  We were able to make our way past them along the road, but are concerned that trees could obstruct the many other walking trails.  We anticipate some the trails will require clearing on a larger scale, something that is always the case after rainy season.  We are hoping to work with Sun Cruises to establish walking trails that they can offer their visitors as an alternative to the standard tour, and especially for those people who stay overnight.  Once we are no longer living here, we hope and trust that such trail maintenance will continue. 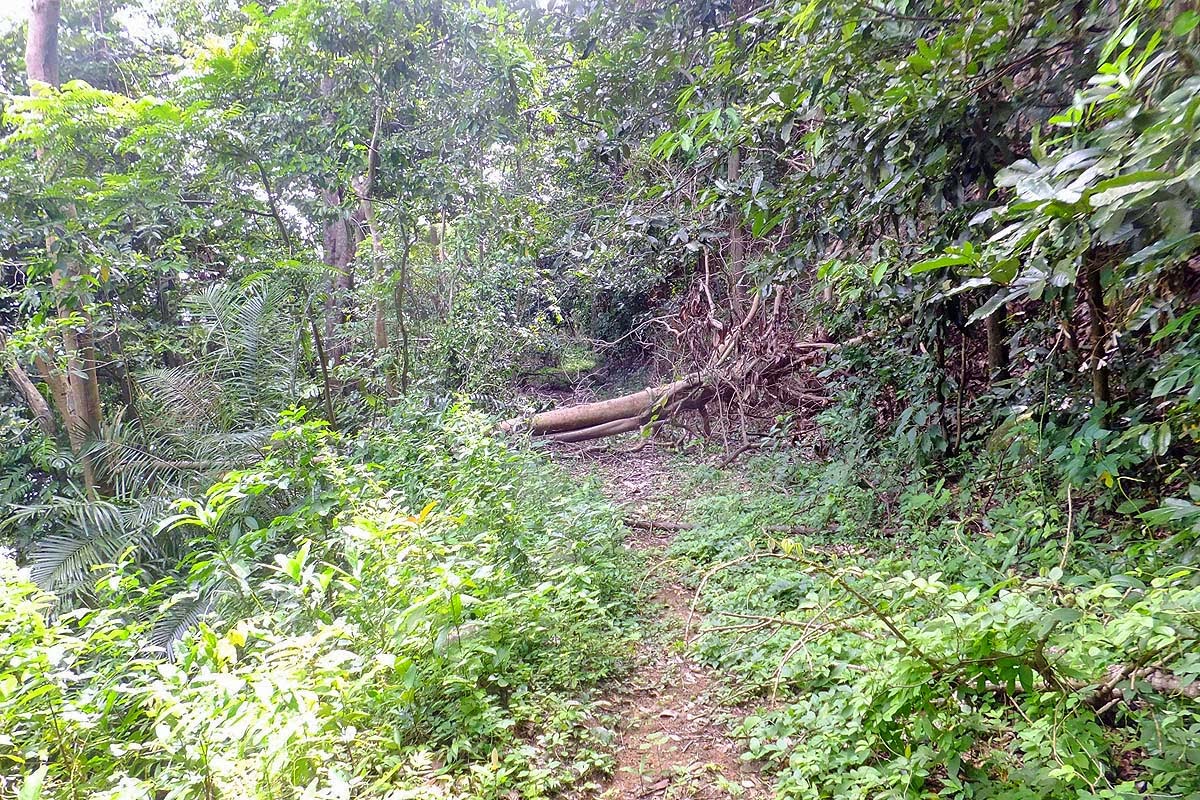 One of the obstructions on the north access road